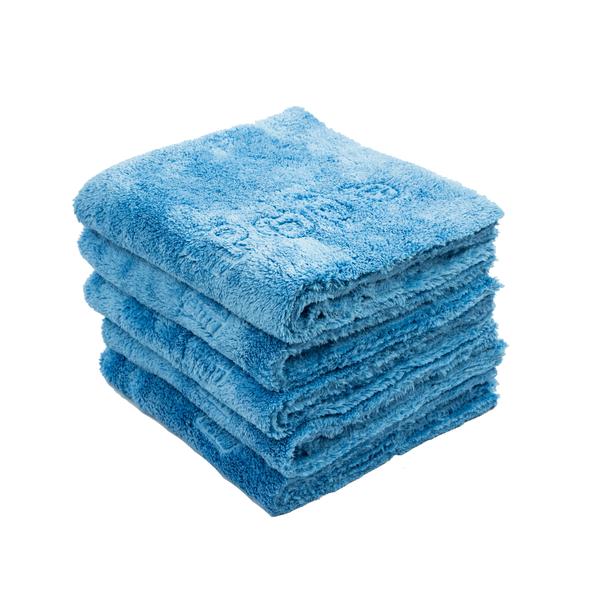 The Popos’ are on the look out for the world’s most fluffy and soft towels! So what makes these towels so soft and durable?

Microfiber towels are composed of 2 polymers, polyester and polyamide. Polyester is the foundation of the towels, it provides majority of its tensile strength, chemical/mildew resistant properties, and polyamide provides the softness and absorbency of the towel. These towels are manufactured with 70% polymer and 30% polyamide blend. Gram per square meter (GSM) is the standard weight unit used in the textile industry, indicating how heavy the specific blend of towels are. A higher GSM does not mean it’s better, it is simply an indication of weight. For example, when wiping off polish and waxes, it’s best to use a sub 350gsm towel, as there’s no need for the extra weight of the 600+gsm. The thickness of the towel does not aid in the removal of polish, considering if the length of the pile are the same between 350 and 600gsm. The thickness or the weight of the towel comes in handy when drying or absorbing liquids. 500gsm is preferred when using a spray and wipe waterless wash, the extra 150gsm helps in absorbing the excess liquid from the waterless wash, whereas in general, 350gsm is optimum when buffing off waxes, polishes and the use of detailing sprays.

Waffle towels are thin but weighty for its thickness, generally in the sub 400gsm range. Think of a 400gsm towel compressed into a thin non-linting towel. The advantage of its thinness is the ease of wringing, a thick 1200gsm towel may be more difficult to wring out. The weave of the waffle also completely eliminates the possibility of loose lints, thus waffle towels are great for windows too. We designed our microfiber pile to have the optimum length, it’s long enough to have good surface area however not too long, because just like a pet, the longer the hair it’s just naturally to lint more than short pile, however this also depends on loop and mill techniques and style of the towel.

Although most of the Popo towels are edgeless, there’s still a misconception of a sealed edge towel will scratch, this is not quite true. Most modern towels with a sealed edge are really soft, however edges does not have “pile”, as the pile or fuzz of the towel can hide contaminants. That’s the reason why chamois are becoming obsolete, though it holds a lot of water, but it has no pile and quite dense, no where for dirt and dust to hide. Waffle towel mimics the chamois in its thickness and weight, but with increased pile or pores to absorb grit if present.